I’m not sure if this really qualifies as DIY, but it might be useful to some.

I keg most of my batches but I still bottle some, especially if it’s a style that benefits from bottle conditioning or longer term aging. Or for exchanges.

I’ve got the Mark’s Keg Washer and I love it, but nobody in Canada has brought in the bottle washer attachment. According to Dave@Everwood they’re apparently not a big seller in the States so it’d be a risk to bring them in. Recently Noble Grape started selling a bottle washer, but it’s really just a rinser as it’s only got a garden hose connector. You can crank up the hot water, sure, but you’re not getting PBW or Oxyclean in there. I grabbed one of them during their no-tax sale hoping I could find a way to hook it up to my keg washer pump.

Sure enough, with a 1/2” MPT to 3/4” garden hose brass adapter from Everwood I was set. I also used a bus tray from Costco but a sink would work too. You do have to elevate the bottle rinser above the water level while keeping the pump submerged. A 12-bottle Fastrack was perfect for that. Fastracks were also perfect to drain one set while another set was washing. After that I rinsed them with fresh water from the tap using a regular tap-to-garden hose adapter.

In the end I washed 60+ bottles today without a whole lot of effort. 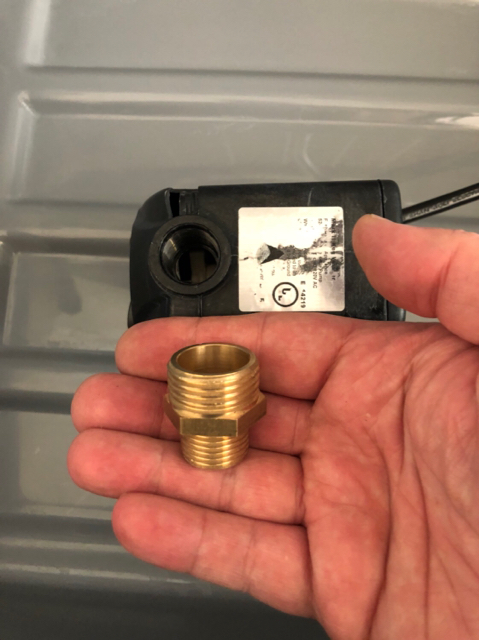 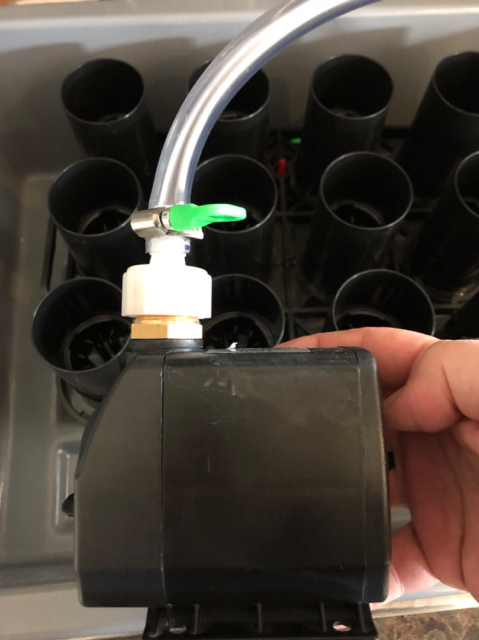 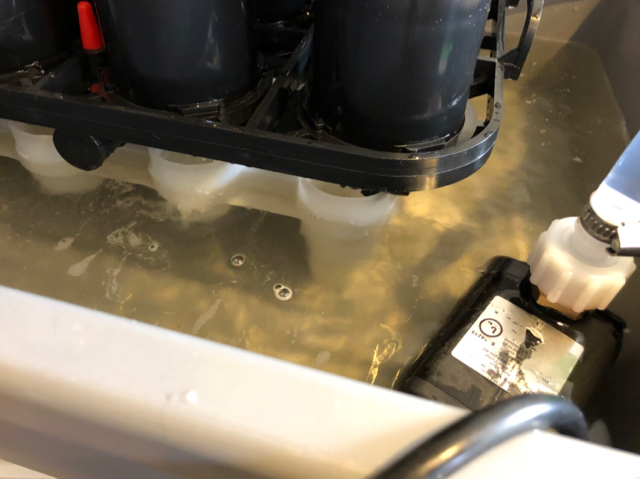 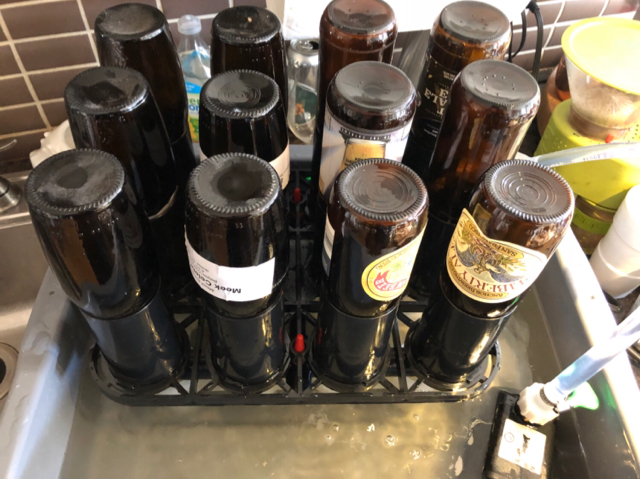 How much was that ?

Plus the bus tray and the FastRack I used as a "stand" for the bottle washer. So not "cheap" excepting that I had sunk costs in everything but the Bottle Washer from Noble.

If you don't need the keg washer, a 500-800 gph submersible pump with a 1/2" MPT or other convenient connection is probably going to be <$100. There's this one on Amazon (note that's .com not .ca) for instance. Looks like these are used for hydroponics, so stores of that sort in the area might have something like this available.

If you'd rather build than buy a washing rig, searching "Homebrew Bottle Washer" on Pinterest is probably an excellent place to start.
Top

And lookie here, the folks who make the FastFerment and FastRacks are putting out a FastWasher.

USD$55 + $10 shipping to Canada is the introductory price for the 12-bottle unit. If you've already got some FastRacks that's all you'd need.
Top
Post Reply
4 posts • Page 1 of 1

Return to “DIY - Do It Yourself”

Users browsing this forum: No registered users and 1 guest